Kathryn Bigelow is one of the finest film makers of the last forty years.

In honour of that fact my evening’s entertainment is watching her seminal nineties adrenaline trip Point Break. (I admit not the most feminist or diverse film ever made, but that’s really not the point here).    I can still remember being taunted and verbally abused and in the end beaten by slightly older boys for suggesting that their favourite movie was the work of a woman, even though I was right.

There is a decent chance I will watch Near Dark tomorrow and Blue Steel the night after and then round the week out with The Hurt Locker, a truly great piece of film making for which she FINALLY won an Oscar.

I am a lifelong Cinéphile, I can name a handful of other women who have directed widely distributed feature films. I can’t name any others who have won Oscars for directing a feature; oh yeah ‘cos even with the likes of Jane Campion, Sofia Coppola and Greta Gerwig, Chloé Zhao and Emerald Fennell no other woman has yet in the entire history of the academy(*).

I would give anything to be a film maker.  The truth is that whether or not I might have been able to make it I know I never had the courage to take the required risks and despite all the privilege I did not know I had until I was a bit older I never had the self-belief. Now hold on, this is not a sob story for me, I made my choices, but here’s the thing if I had rolled the dice I had everything going for me, absent talent perhaps - white, middle-class, well educated, and yeah male. In a business where only the few are heard of again (though many make a good living out of the limelight) I can name a handful of women at the top and be honest, if I hadn’t given you some ideas up there ^^ how many could you name?

In the face of recent events the dearth of female feature film directors seems almost frivolous, right? Well it’s something I actually know about, and it’s something I feel capable of speaking about and confounding expectations. I wish every nominee this year at the Oscars was a woman - I mean having two of them this year is encouraging(*) - but I am a  man with failed aspirations and I am here to tell you that I don’t feel threatened by the idea of a lot more women finding success in this field.  Frankly any women who are trying have a damn sight more nerve and drive than I do or did, and if they make it they definitely have more talent in each of their little fingers than I have in my whole body, so I really want to see the films they make.  Having good people make movies is the goal; their gender identity really should be irrelevant.  Of course it won’t be until there is an equality to that reality.

So what about something approaching normal life..?

Here’s the thing, I want to work in a fully gender equal software development team before I retire, and I am not threatened by that idea either. I have seen what women have to put up with to make it in my actual chosen field and frankly they deserve it (gender equality in the workplace, NOT the current status quo, no one could ever deserve that) way more than most, not that there is anything positive about that sentence.  I’d like that to change, in fact if I help make that change in one small corner of my professional world then that could be a really worthwhile goal. To be clear I do realise that working towards that goal is the minimum bar, I am not looking for a cookie.  I work for a private company where I think for the first time that this might actually happen, if I stay and make sure I do my part to make it happen.  It’s what I can do, alongside a lot of smaller interventions(**) to police my fellow men, and doing what I can to raise my son to be the continuation of the change that I do want to be in the World.

It’s not enough, not really. No man of my generation can ever do enough, but if we do what we can and maybe a little more then maybe our sons or grandsons will one day be able to do enough.  Maybe one day the World will be no more dangerous, no less fair and no more hostile to women than it is to men; at the very fucking least.

For now I am going to keep on trying in all the ways that are being asked of me and that I have figured out for myself, and on top of that championing and supporting women in my world of work, and then in my free time watching films made by women, reading books written by women, listening to music made by women and telling anyone who will listen about the excellent female talent that I support in my professional life and my personal life, because a more equal World in every way is a safer World and this is something I can do.

(*) Chloé Zhao and Emerald Fennell are nominated in the Best Director category this year; two women have never been nominated at the same time in this category before, and this means that there is a 40% chance that there will finally be another female Best Director Oscar winner by the end of March this year.

(**) I would like to believe I would have the courage to make a large and important intervention against male violence if I HAD to, I just don’t relish that opportunity for obvious reasons.  Hell I don’t relish the opportunity to school my fellow men about their micro aggressions either, it would be great if it all just stopped tomorrow when I get up, but you know... Needs must while the Devil drives and all that.

I am not looking for an award, what I have written above approaches the minimum, it is not a testament to my acceptability as a man, it is a challenge to all men to do at least as much.

I have felt very conflicted about saying anything - depending on as many factors as might occur to anyone I may well be a problematic speaker on the subject, some may question my motives and / or my truth, but in the face of this last week and indeed a couple of decades of awareness and other writings on the subject I decided that I should lend my voice to to cause of allyhood and accomplice duties. I know I mean it, and I don’t think any of what I have to say is pointless self-flagellation or empty hand-wringing.

The women who read this can say anything that they want about it, to me or to anyone they like, but I hope they know that not a word of it is in pursuit of being soothed or told I am a good one. I know that is not your job, and I really mean it when I say that is not my goal.  Any feedback that is needed will be accepted and any remedy needed will be made - I am not here to make anything worse, if I’ve fucked up anywhere along the way here, tell me. This is an invitation to men better versed than I to take this labour on for preference after all this essay is in the spirit of we men actually doing the work.

Men, get on the train or keep your peace.   Agreeing to disagree is not ok by me on this subject and outright dissent or worse still abuse, will be blocked, after being mercilessly taunted and named and shamed and remembered.

I have been a software developer, a coder, for well over twenty years.  The earliest days of my tinkering began at home, before my tween years, trying to come to terms with the dialect of BASIC that was available to me on my Commodore Vic20.  I have to be honest

Henry David Thoreau famously said; “The mass of men lead lives of quiet desperation. What is called resignation is confirmed desperation.”and at the risk of accidentally and inadvertently “outing” myself as a middle-aged man, not merely a middle-aged man but also a Cis, White, Middle-Class, Man living in one 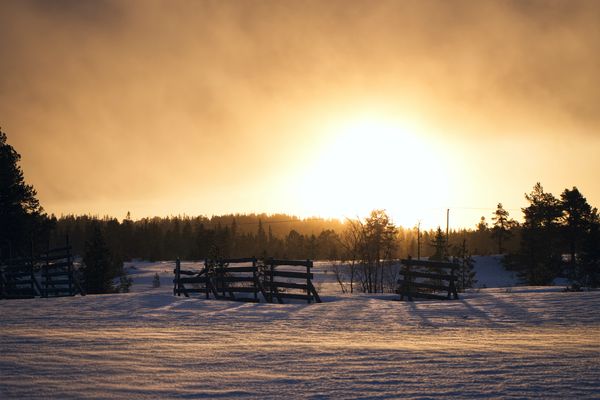 “It’s a difficult time fer us, now You know?” Said the ghoul as he made shapes With his toe, in the snow. I tried to stay calm as he spoke Not look unnerved by his shattered visage Strips of rotting flesh seeming to trickle Down the side of his